Rapid Evolution of Threespine Stickleback in the San Lorenzo River 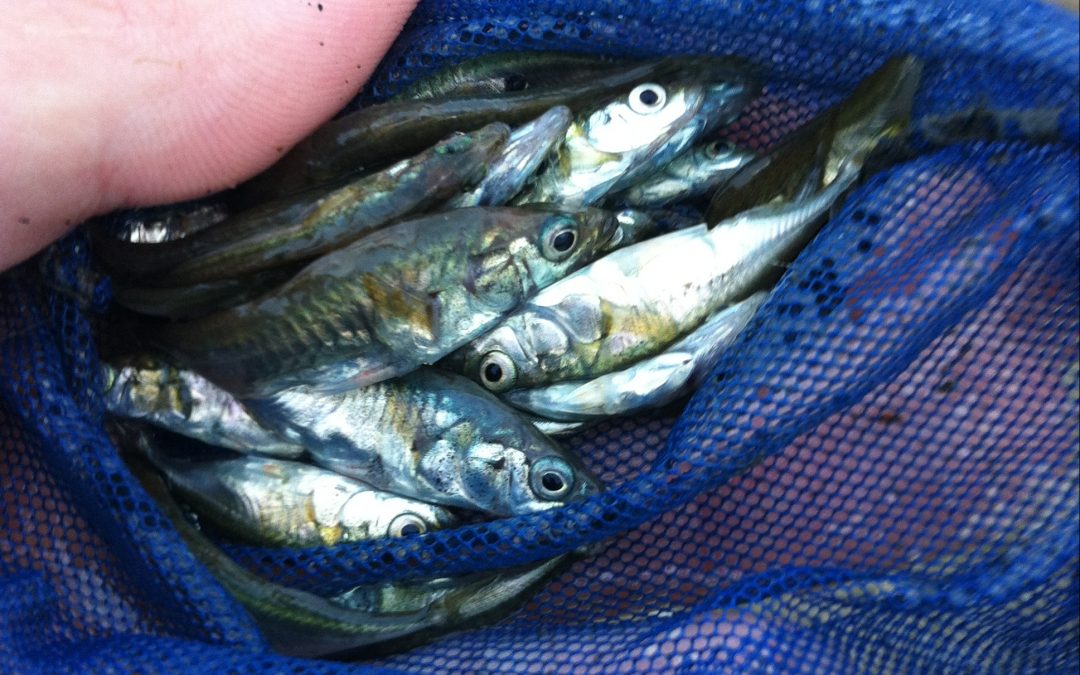 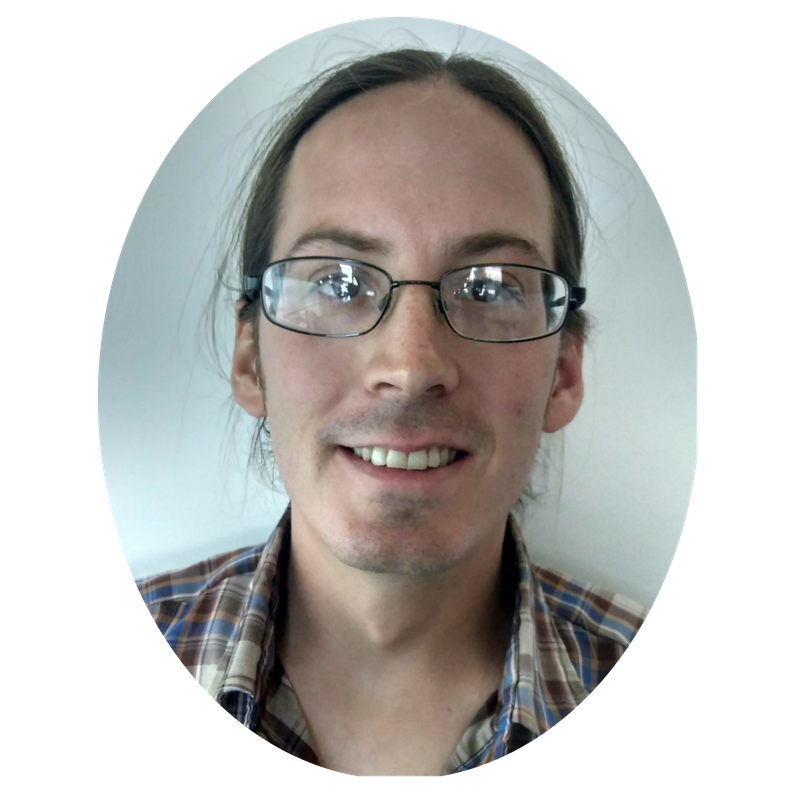 Before the heavy winter rains return, the San Lorenzo forms a large lagoon at the river mouth near Main Beach. As you walk along the water’s edge your shadow will rustle up swarms of invertebrates and some small fish. Those silvery fish are threespine stickleback (Gasterosteus aculeatus), and there’s a good reason they run from your shadow: egrets and herons would like nothing better than to eat them. Deeper waters aren’t safe either, as they are patrolled by larger fish like sculpin.

Stickleback have evolved an interesting way to protect themselves from all of these would-be predators: they wear armor. Although they lack true scales, they have a row of bony plates along their side. When a stickleback is grabbed by a predator, the plates and their namesake spines lock together and can protect their internal organs from damage. Stickleback with more plates and longer spines have a better chance of surviving attack (Reimchen 1992).

The number of plates an individual has is determined genetically (Figure 1). Anadromous populations in the northern part of the range are highly plated (>20 plates) to deal with the predators they face in the ocean. Freshwater populations tend to be mostly low-plated (<10 plates). In the San Lorenzo River Lagoon stickleback have been caught with as many as 25 or as few as 5 plates. 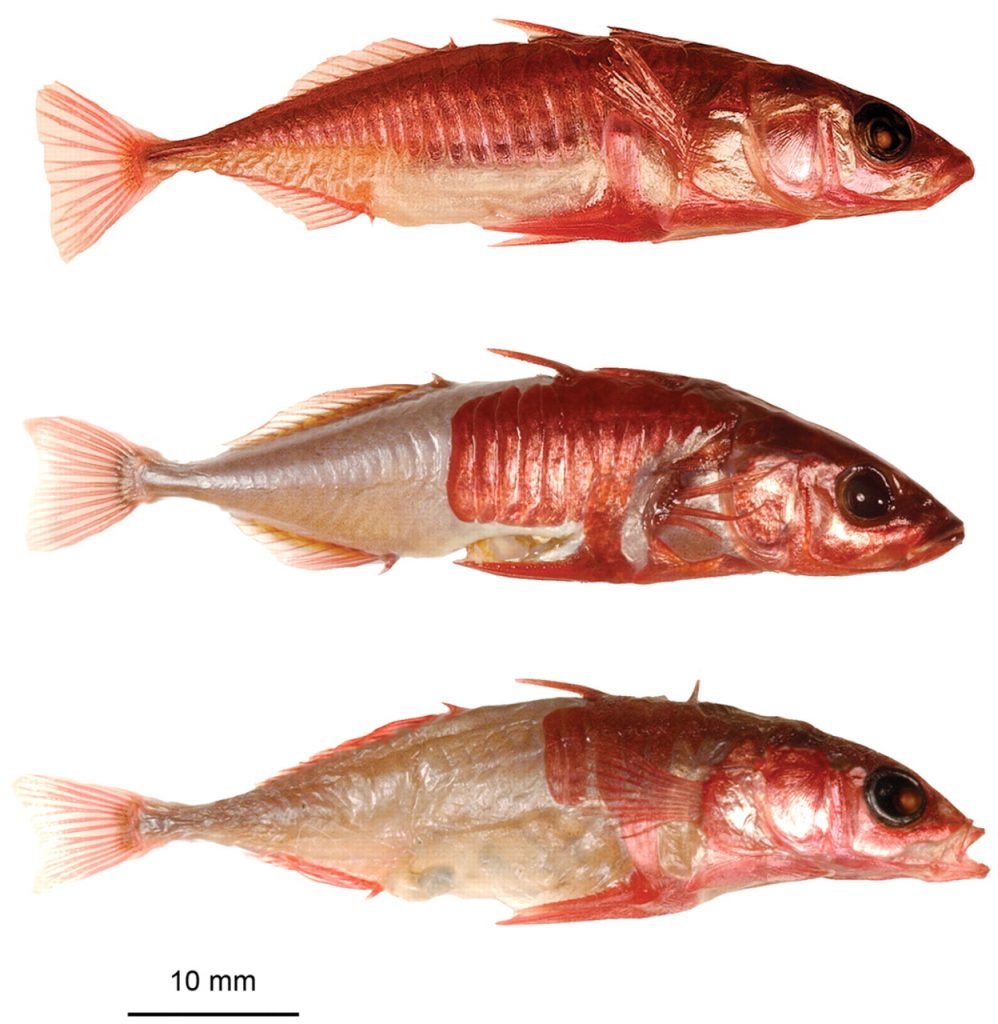 Figure 1 Threespine stickleback stained with Alizarin red, which highlights bony structures like plates and spines. From top to bottom, a fish with a complete covering of plates, an intermediate covering, and a low covering (only near the front of the body), photo from (Barrett et al. 2008).

In most cases, all of the stickleback you’d find in a given environment would tend to be either high- or low-plated. This is because natural selection from predators causes most populations to be dominated by either high- or low-plated individuals (Bell and Foster 1994). It’s not entirely clear why we have such variation in central coast lagoons like the one at the San Lorenzo River. In addition to predation, early researchers suggested that cold climates favored completely-plated individuals and warm temperatures favored low-plated forms (Hagen and Moodie 1982). Later research concluded that this pattern was broadly true, but here in the center of the range local factors such as streamflow and gradient may also be important (Baumgartner and Bell 1984).

I’ve observed seasonal differences in the platedness of stickleback in the San Lorenzo River lagoon. The majority of stickleback were always low-plated (<10 plates), but in the spring I observed relatively more highly-plated fish (>20 plates) and fewer intermediately plated fish (10-20 plates). In the fall, I observed more intermediately plated fish and fewer highly-plated fish. Fish in the fall were smaller, young adults born earlier that year, as opposed to the larger adults caught in the spring.

I hypothesize that in the spring, the extreme types breed together and the older anadromous highly-plated fish die off, replaced by their intermediate-plated offspring. During the high-flow winter I hypothesize that the few remaining highly plated fish are better off because they can survive a brief stint in the ocean after the sandbar breaches. To test this hypothesis, I’m using minnow traps to collect stickleback samples twice a year from several years from twenty central coast lagoons. Not all the data is analyzed, but what I’ve seen in the San Lorenzo seems to support this hypothesis.

This evolutionary mystery is happening right in our backyard. It’s fascinating to think that we don’t know everything there is to know about the species that surround us. While we’re familiar with species changing their behavior to deal with seasonal weather cycles, this population may be evolving in response to!

Bell, M. A., and S. A. Foster. 1994. The Evolutionary Biology of the Threespine Stickleback. Oxford University Press, USA.

Reimchen, T. E. 1992. Injuries on Stickleback from Attacks by a Toothed Predator (Onchorhynchus) and Implications for the Evolution of Lateral Plates. Evolution 46:1224–1230.