Lamprey in the San Lorenzo River

During Snapshot Day 2017, a team of volunteers spotted spawning lampreys in the San Lorenzo River. The rare sighting of this native San Lorenzo River fish piqued our interest so we caught up with Liam Zarri to learn more. Liam is a master’s student in Eric Palkovacs’ lab in the Ecology & Evolutionary Biology Department at UC Santa Cruz and previously worked for the National Marine Fisheries Services.

When was the last time you saw a lamprey? In the San Lorenzo River, the answer very well may have been never.

Like many other California rivers, the San Lorenzo used to contain bountiful runs of lamprey in addition to other anadromous fishes such as salmon. Anadromous fish spend early life stages in freshwater but migrate to the ocean as adults. They then return to freshwater to spawn, and in the case of the lamprey, die. Like chinook salmon they are semelparous, meaning that they die after the first spawning event. Anadromous semelparous fish play critical roles in freshwater ecology, as they transfer ocean nutrients to freshwater watersheds as their bodies decompose. The impact of this nutrient transfer should not be understated; birds, mammals, even forests benefit from the fertilization of salmon carcasses (Cederholm et al 1999)

Lamprey have complex life cycles, beginning as filter feeders and ending as parasites. They belong to the family Agnatha (jawless fish), one of the most ancient family of fishes. Lamprey hatch in shallow ‘nests’ in gravel, then float downstream until they reach a backwater area with silt substrate. Here the larva burrow into the sediment and filter feed for up to 7 years before transitioning to adults. At this stage they can be food for other anadromous juveniles, such as salmon. The metamorphosing lamprey swim to the ocean where they become parasites of marine or anadromous fish. Finally, the adults return to the river, dig a crude ‘nest’ in the gravel, lay their eggs, and die. Although this life cycle may be a mystery to most of us, people have relied on lamprey for thousands of years and its cultural significance has bred an understanding and respect for this fish.

Lamprey are important for Native American tribes, which use them for celebrations, ceremonies, and subsistence. Dried or roasted lamprey are used to provide protein throughout the winter, and the oil may be extracted for medicinal or ceremonial purposes. Ohlone tribes in this region used these fish, along with salmon and sturgeon.

Sightings of lampreys in the San Lorenzo are quite rare. This taxa has likely declined for similar reasons as salmonids, including habitat loss and migration barriers. However, lamprey can overcome barriers if there are no sharp edges; they have been observed “sucking” their way over enormous dams on the Columbia River. Further research is needed to examine the ecological significance of this taxa in the Santa Cruz area and the road to recovery. 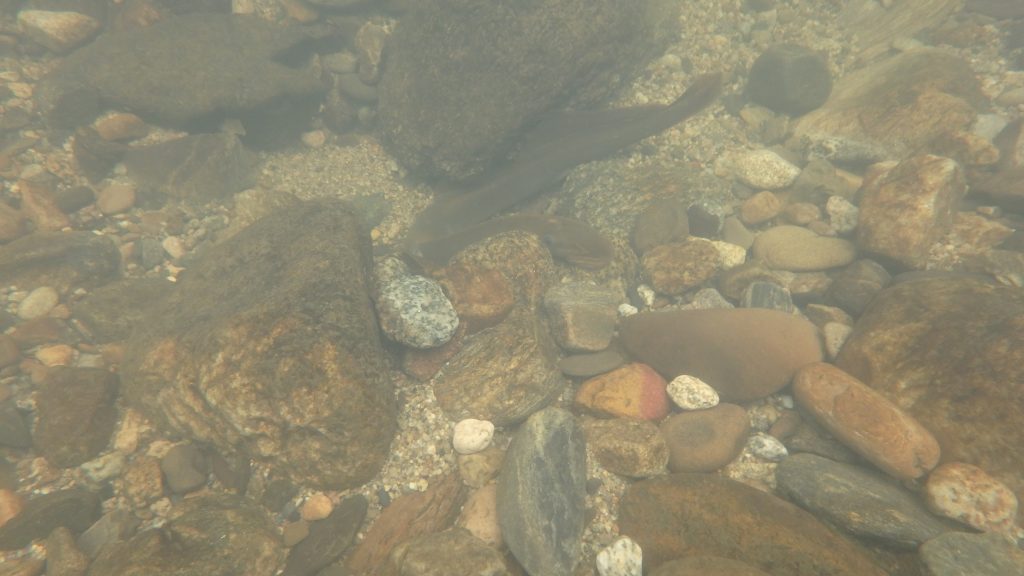