How Are CWC Donors Feeling? 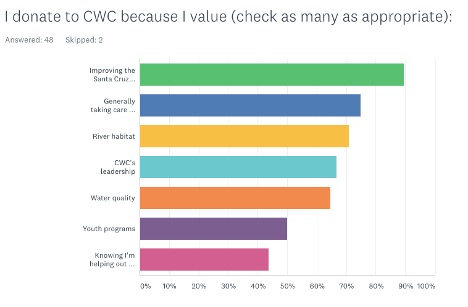 Donors, like many of you, are the fuel that drives our nonprofit engine. Nonprofits have always needed to make their donors feel appreciated, educate them on how their gifts are being utilized and invite feedback on how to do better. That’s never been more important than today, with no shortage of community needs and limited resources for most philanthropists. CWC conducted our first donor survey at the end of 2020 and here’s how you said we’re doing. All responses were anonymous, inviting the most direct and honest feedback, which is what we really wanted.

Highlights include what CWC is doing well:

Encouragement from an anonymous CWC donor: What I like most is just how you’re increasing visibility/awareness/connection to the river for the community overall.

Areas for improvement include:

Specific response to “What can CWC do better?”:
Maybe advocate more strongly for the river (push City/others, maybe even have political/legal force).

Here’s a word cloud of responses to the question “What does CWC do well?”

Check out some of the images below for more results from our first robust donor survey. Thank you to each of you who shared some of your valuable time to give this feedback. We’ll be asking periodically to track our progress and we always invite input on how we can be the best place to invest for anyone wanting to create positive change for the river and community. Contact CWC Executive Director Greg Pepping at any time to help us improve! 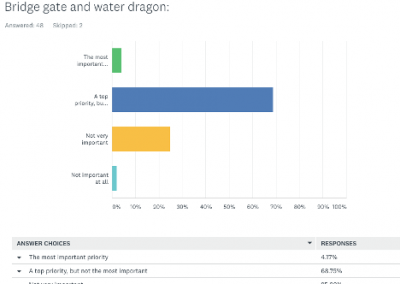 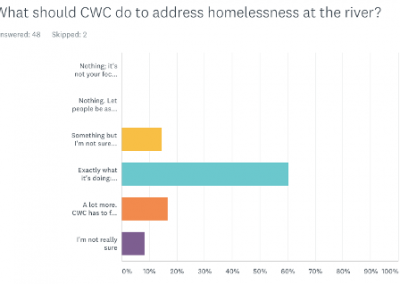 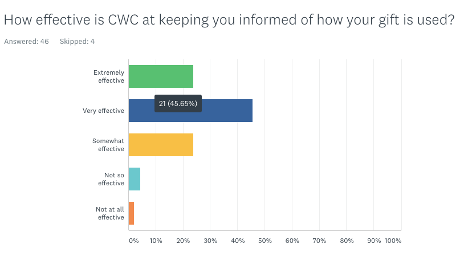 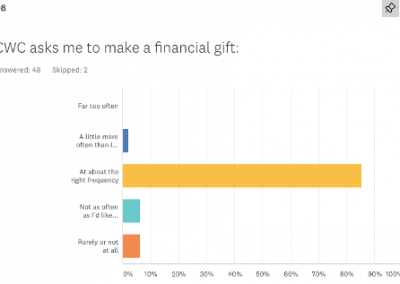 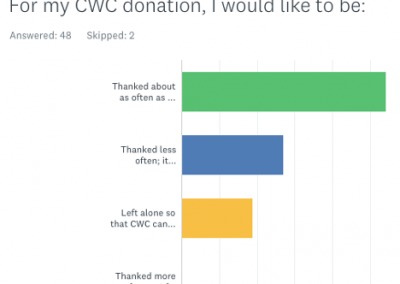 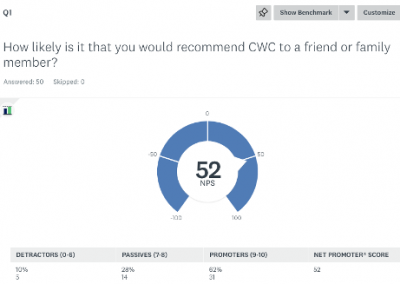 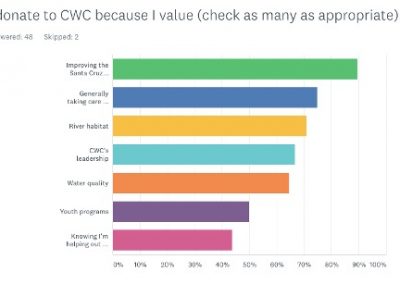