Homelessness at the River: CWC’s Position 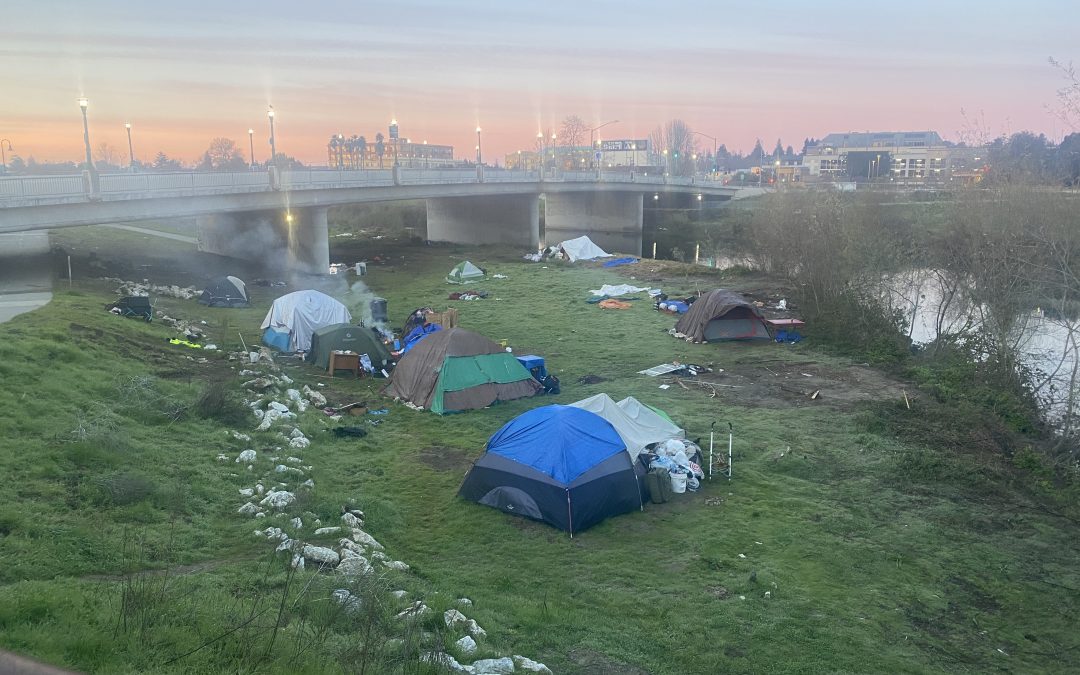 CWC strives to be a consistently positive voice for the river. We’re a leader in creating Santa Cruz’s vision of a safe, healthy and fun San Lorenzo River that connects our diverse neighborhoods to nature, a river that’s recognized as an attractive and desirable destination for recreation and reflection.

Our optimism does not blind us from what’s happening right now: some people experiencing homelessness are negatively impacting river water quality, habitat and the experiences that river neighbors have at the Riverwalk. We witness the river pollution and we regularly hear from people who will no longer visit the Riverwalk. And since many of them are people from low income families, this is also a parks equity issue.

What Tools Do We Need?

Many people camping at the river have built a connection with 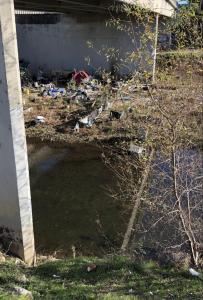 nature and care for it. Too many campers, however, are trashing the river with dirty campsites that directly pollute the river with garbage, human feces and needles. According to the Santa Cruz Police Department, officers have very few tools to legally enforce against this activity that degrades the health of the San Lorenzo and other rivers.

Homelessness is not unique to the San Lorenzo River, or to our city, county or even California. It is an extremely complicated issue and will likely take years and a variety of measures, policies and investments to fully address. What do we in the meantime? Should we just idly watch the demise of our neighborhood parks, open spaces and rivers, such as the San Lorenzo River, which is our primary drinking water source and a home to threatened and endangered species of fish? CWC believes that we can protect the river and honor the challenges and complexity surrounding homelessness. 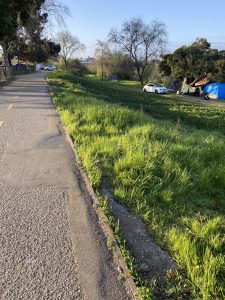 CWC supports the City of Santa Cruz’s temporary outdoor living ordinance because we view it as a partial solution to the problem we hear from the City, that they cannot protect the river based on current case law and existing local ordinances. CWC was invited by City of Santa Cruz Mayor Donna Meyers, who founded CWC, to present at the February 23, 2021, council meeting. We shared our general support for the draft ordinance and thanked them for considering the river, which for so long has been neglected by city policies.

We also asked for even more river protection, such as including the outer portion of the levee, since only the inner portion of the levee is protected in the ordinance’s initial draft. Allowing camping on the outside of the levee would create confusion and a continuation of the current situation that has tents and other personal belongings not just near the Riverwalk path but often in it, blocking the passage of pedestrians and bikers. We also asked that the map of protected areas include all of the river in the city limits, since a small portion was left out. 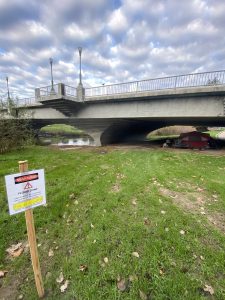 The city has lacked regulatory clarity for over a year, with no camping ordinance in place following court cases that challenged the constitutionality of enforcing camping bans. If this ordinance passes and becomes law, we’ll have that regulatory clarity, meaning the community and police will know where city leadership stands on the issue, informed by extensive research by city staff and the city attorney.

But what about operational clarity? That’s the other request CWC made of council: that they learn from SCPD Chief Andy Mills what his police force can and will actually do in the field. Do they have the resources to fully enforce this ordinance as proposed? Do they have the will from the officers in the field? What will it look like in our community, at parks, at the river? That remains to be seen and with the river being neglected for so long, CWC will be paying close attention to how the new ordinance impacts the health of the river, as that’s our main job.

What you can do?

The current ordinance being discussed by the city is just one of many steps along the path to addressing these challenges. As you learn of the city council and county board of supervisors debating this issue over time, chime in with where you stand. Join others in sticking up for the river. Certainly, there will be other voices, with a variety of opinions, and that’s how our democracy works. No single person gets to make these group decisions, but together we can work towards solutions that meet everyone’s needs, including the river, and that’s only possible if you share your views. Check out the city’s ordinance page to see how to plug in on this round of this discussion that will continue far beyond the ordinance.

Camping bans don’t solve homelessness, even though they might be a tool to protect the river. What else can be done? A few ideas include: 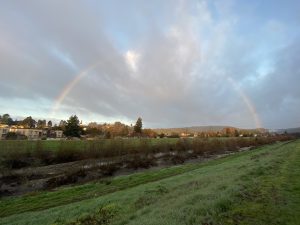