Fly Fishing and Our Waters 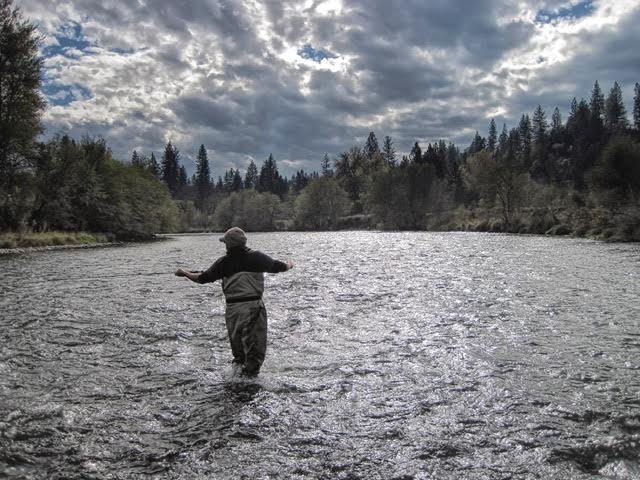 The Coastal Watershed Council’s recent event “Fly Fishing and Our Waters” in partnership with Patagonia, The Santa Cruz Fly Fishermen and the Steinbeck Country Chapter of Trout Unlimited, brought together fly fishermen, new to the sport and old-timers to reflect upon the state of fisheries along California’s Central Coast. Tim Loomis, President of the Steinbeck Country Chapter of Trout Unlimited, reflects on the experience. He shares,

“On Thursday, April 27 at the Patagonia Santa Cruz Outlet, a celebration unfolded that has been occurring since the 1800’s.

The date is key here as it is just a few days away from the long awaited trout opener on the last weekend of April. About six years ago a film debuted titled “Rivers of the Lost Coast”. The film was held sacred by the always intense steelhead fishermen of this state. In the film is a segment of classic photos depicting steelhead fishermen shoulder to shoulder, lining the shores of the San Lorenzo River. 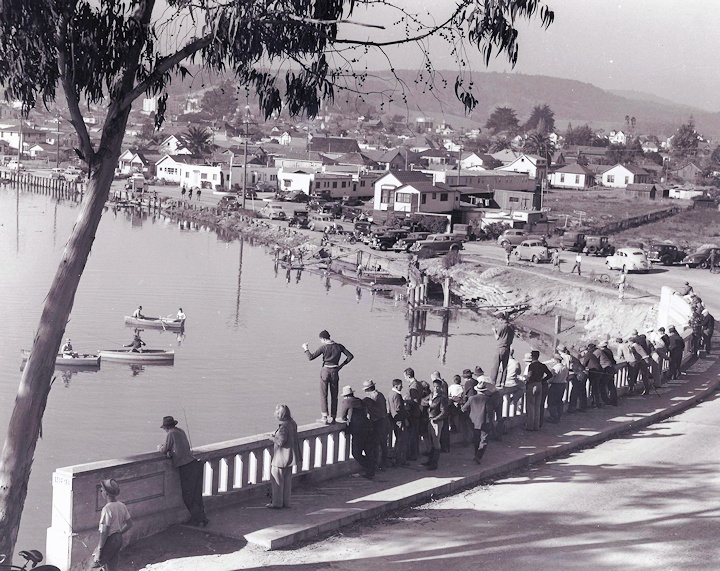 That photo is a glimpse back in time of the bounty that our central coast rivers held between their shores. Many old timers will tell you that the gold discovered in 1849 wasn’t the only thing of value found in our state’s coastal rivers. As recently as the 1950s thousands of trout and salmon migrated from the ocean into the central valley rivers to spawn and continue their species. This yearly run of beautiful, anadromous salmonids attracted the attention of fishermen from all over the west. Coastal towns near the rivers enjoyed the added income from the visitors. It was a celebration of wealth provided by Mother Nature.

In the past half century, we have seen an enormous decline in the returns of those anadromous fish, so much so that many are listed as endangered. So why you ask, is there a celebration at Patagonia toward the end of April? Well, we can no longer lose sleep over the steeelhead opener in December as that fishery is almost gone. But, we can get overly excited about the steelhead’s twin brother – rainbow trout.

Rainbows browns, and brook trout are all still very healthy within most coastal river systems. You may have to explore beyond the average tourist’s footprint but the rewards are worth the effort. South of Santa Cruz, we have one of my favorite wilderness areas in Big Sur. Without giving away all my fishing spots, I can say that in an 2 hour drive you can be on some rather beautiful trout. 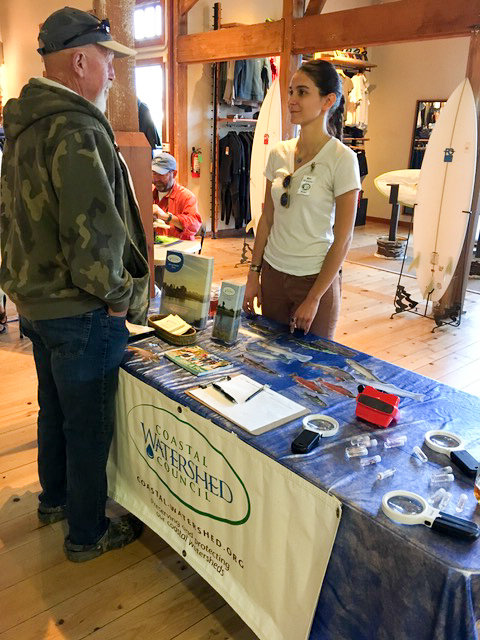 The Patagonia event, this year titled “Fly Fishing and Our Waters” had it’s beginnings as a tune up for a nationally syndicated movie called “The Fly Fishing Film Tour” that was brought in to kick off the trout opener. Patagonia was selling tickets to the movie and offered up their facilities for a “pre event event”.

What started as a outreach for new members by the Santa Cruz Fly Fishermen is now a four ringed affair with Patagonia as the host, The Santa Cruz Fly Fishermen, The Coastal Watershed Council and the newly formed Steinbeck Country Chapter of Trout Unlimited. Each organization brings a unique philosophy to the table that all centers around clean, healthy and viable coastal waters that can be enjoyed by all.

We just happen to gain our most enjoyment from our waters by fly fishing.”