Effort and Progress in River Advocacy 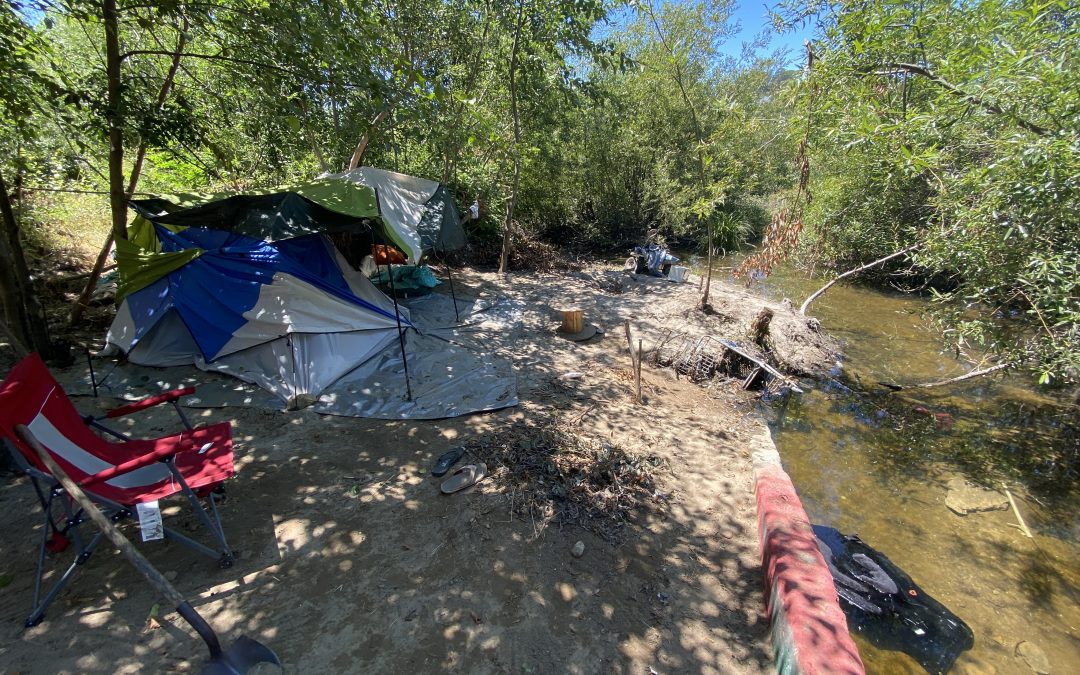 A walk along the Santa Cruz Riverwalk today brings us a chance to connect with nature and appreciate the serenity of this healing body of water that provides Santa Cruz with two thirds of its drinking water. On the same walk, however, our eyes are harshly opened, if they weren’t already, to how many of our friends, family and neighbors lack basic shelter, sanitation and health services. Because so many people lack access to basic human services, both humans and then environment suffer. Violations of health and safety codes and riparian protection laws abound.

Anyone paying attention will acknowledge that it will take years, perhaps even a generation, to make true progress on the challenge of homelessness. But what happens to the river in the meantime?  Do we lack the political will, resources, and problem-solving creativity to protect the river? Or are we too afraid of being labeled anti-homeless, anti-human, to state that the river and its nonhuman inhabitants deserve attention too, not instead of, but in addition to our unhoused neighbors? 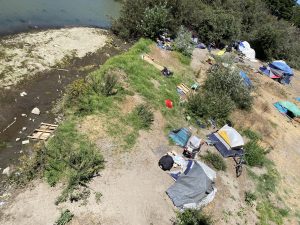 Campsite allowed to spill over into the San Lorenzo River.

Some say it is the court decision, Martin v. Boise, and related case law that ties the hands of local government agencies. But the Martin case didn’t say that a city must allow negative environmental and public health impacts. Rather, it constrained municipalities from inhumanly outlawing sleeping in all places. You’ll note that case law notwithstanding, local agencies in many places are still protecting natural resources, especially drinking water sources and endangered species habitat. Some are balancing human and environmental needs. But not here. Not in Santa Cruz. Why not?

Do we need better laws on the books? The City of Santa Cruz City Council recently led an inclusive process to draft a camping standards and services ordinance (CSSO). Do we just need that finalized and into effect? Then we’ll protect the river? Even if the CSSO is never finalized, numerous laws outline opportunities, in fact responsibilities, for local agencies to protect the San Lorenzo River. The Martin case didn’t suspend any of these laws. Therefore, it is not only legally defensible, but in fact legally required, still, for the City of Santa Cruz to protect the water quality, habitat and general health of the San Lorenzo River. It is their statutory obligation, always, not when it’s easy or after other challenging circumstances are addressed. It is the City’s legal obligation every single day. These laws include:

And separate from these statutes, isn’t it the right thing to do, to care for the environment and people? The Coastal Watershed Council has weighed in on this issue from time to time, often reluctantly, because of our own understanding of the complexity of the issue, honoring that agencies and advocates are indeed trying, paired with humbly recognizing our own lack of expertise on homelessness-related issues.

We’re increasingly seeing opportunities to convene disparate dialogues and foster conversation towards productive solutions. Yes, these are challenging issues. And still, we can do better. We do have resources, we have creative problem solving in spades in this community and Santa Cruz does have elected officials and agency staff committed to true progress. Here are some specific developments that may give you hope amidst a trend that seemingly gets worse by the week: 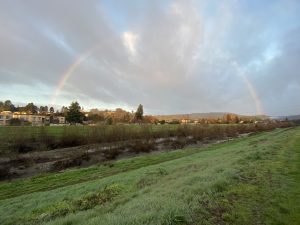 Brighter days are still ahead for the Riverwalk and San Lorenzo River.

You may or may not agree that some of these developments are worthwhile or positive – and that’s the point. We need disparate voices to contribute to each of these – and other – efforts so that each is informed by our collective community wisdom. CWC continues to view helping people or protecting the river as a false dichotomy. We can have it all: a healthy river and concern showed for our houseless neighbors. You are part of this possible future of solutions. Plug in and lean in to what speaks to you. Share your input with CWC and with others engaged in the process. Here’s to a continued commitment to hope, collaboration and human dignity, tying the future of the river with our own health and prosperity.