CWC Executive Director to Step Down 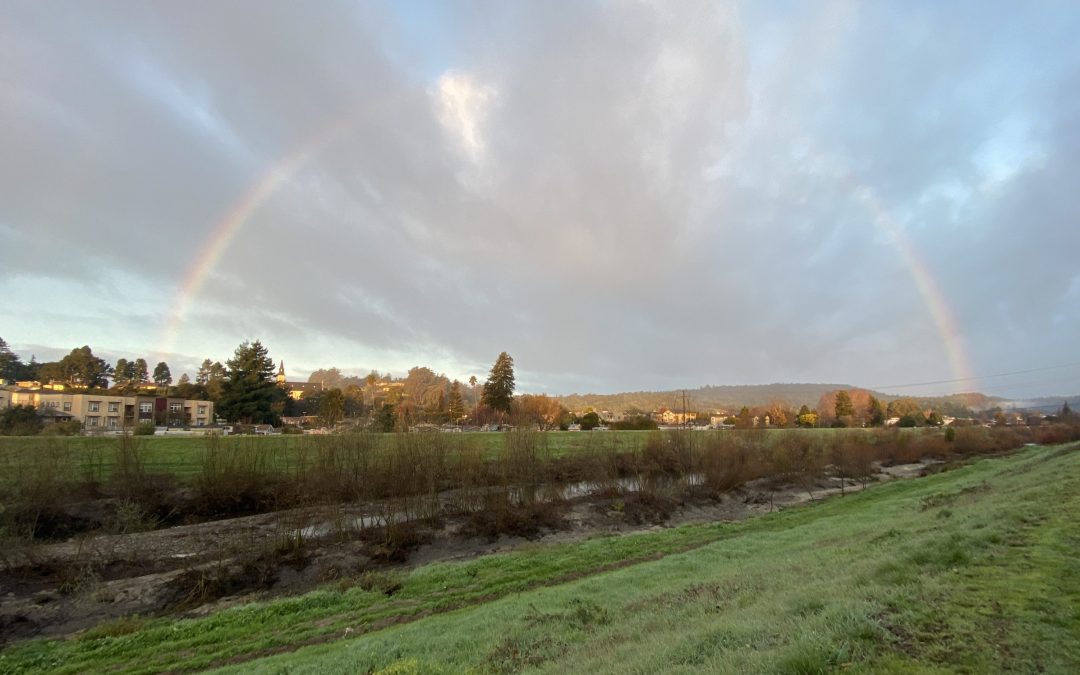 When you know, you know, and right now, I know that it’s time for a change. I’ve had the privilege of serving as the Executive Director of the Coastal Watershed Council since September 2009 and by the end of June, I will fill that role no longer. Even with the mixture of emotions that comes to me as I share my decision with the Board of Directors and others, my confidence and certainty remain, that this is the best time for a transition at CWC and the right move for me. I am committed to working in partnership with the Board to exit responsibly and assist CWC in preparing for its next chapter.

I’m excited to see where CWC heads under new leadership, drawing upon our past and our current staff and Board, with deep support from the Santa Cruz community. CWC’s theory of change and our values of equity, inclusion, learning and resilience, offer guideposts to pursue our mission, since 1995, of preserving and protecting coastal watersheds. I trust that CWC will adapt to meet the evolving challenges our rivers will face, ranging from a likely increase in drought and severe storms to threats to both our democracy and humans’ connection to nature. Now is the best time for a transition for CWC as there is a unique opportunity to meet those and other challenges by evolving into CWC’s next version. I will be cheering CWC on as I also seek my next chapter of contributing to the greater good.

I’ll miss the daily opportunity I have enjoyed for twelve plus years now, to serve in a leadership role positively shaping issues that Santa Cruz cares about so deeply; I’ll miss working with the CWC staff, Board, volunteers, donors and partners; and I’ll miss the intellectual challenge of striving to protect watersheds by engaging this committed community in action.

What started as a part-time role for me in September of 2009 became full-time by the end of that year, a job I’ve grown with as we molded the organization to meet the needs of the river and the input from the Santa Cruz community. I am so grateful for the trust the Board placed in me by hiring me in 2009. All of our successes and lessons since then have been possible because of the dedicated CWC staff, Board, volunteers and partners who came before us.

I am continually inspired by this community’s commitment to healthy rivers and watershed protection. In particular, I’m impressed with the high quality and creativity of CWC’s youth education program, Watershed Rangers, which I mostly got out of the way for other staff and our partners to shape and lead. It remains one of CWC’s strengths, having engaged 21,853 K-8th graders since 2006, and evolving during the pandemic to meet the needs of students, teachers and parents in twenty schools county-wide.

The opportunity to represent CWC, local rivers and the community on the City of Santa Cruz’s Water Supply Advisory Committee was particularly rewarding, as we charted a path for decades of community water security. Some other highlights since 2009, from my perspective, include holding Meander for three years, a unique placemaking dinner right by the riverbanks that transformed our views of what’s possible for the San Lorenzo.

CWC also successfully guided the Chinatown Dragon Gate artwork and bridge renaming to completion, representing our single largest capital investment in the Riverwalk to date. We also moved the CWC office from the harbor to the Riverwalk as CWC focused on its flagship project, revitalizing the San Lorenzo River.

I’m also proud of CWC becoming an ever-evolving, learning organization, building upon the many accomplishments since the organization’s founding in 1995. We now advocate more strongly for the river than we used to when I started. With the social challenges impacting the river, it’s a delicate balance to be an unapologetic voice for the river ecosystem while also demonstrating that CWC is pro-human and not anti-homeless. CWC is increasingly showing up in this fearless and creative advocacy space, often behind the scenes, to protect the river.

Other delicate stands CWC has taken include supporting some river-facing development along the urban stretch of the San Lorenzo, as it could build a river constituency; plus, we’ve run the experiment of turning our backs on the river, and it doesn’t produce positive outcomes for anyone involved. Strategic partnerships include hosting events ranging from music, history, art and science, reintroducing Santa Cruzans to the river that is the reason this community formed in the first place. A variety of events have been co-hosted with a diverse array of partners that broadened river interest across the community, including partnerships with the Santa Cruz Museum of Art and History (MAH), Looker, Santa Cruz Chapter of the California Native Plant Society, Downtown Streets Team, Amazon Web Services, Santa Museum of Natural History, Big Brothers Big Sisters, Santa Cruz County Bank, Tannery World Arts Center, Santa Cruz Beach Boardwalk, Kaiser Permanente, Santa Cruz Fly Fishermen Club, Event Santa Cruz, Miller Maxfield, Nueva Vista Community Center, Santa Cruz County Chamber of Commerce, Ecology Action, Santa Cruz Warriors, dozens of schools, river neighborhoods and so many more.

CWC has truly leaned into learning about how to center equity and justice in river revitalization. Like many others, we’re exploring the roots of the environmental movement’s ties to racism and white supremacy. CWC is spending the time and energy to do the slow, thoughtful learning that is needed, in each of us individuals as well as for our team, and I trust that this exploration and growth will continue past my tenure.

I’m proud of co-founding the San Lorenzo River Alliance with partners, as it raised awareness and elevated hope for a healthy river surrounded by a thriving riverfront park, a vision that’s still a work in progress. The Alliance was co-led by the City and County of Santa Cruz, Arts Council Santa Cruz County, Resource Conservation District of Santa Cruz County, Santa Cruz Museum of Natural History, San Lorenzo Valley Women’s Club and CWC. Alliance working groups included participation from the MAH, Surfrider Foundation, Save Our Shores, Regional Water Quality Control Board, San Lorenzo Valley High School and others. While the Alliance is not currently active in its original form, I am proud of its accomplishments and I still believe that a coalition for the river is still the best way to align the many positive efforts for synergy and greater outcomes.

What a blessing this past dozen years has been to me. Thank you to everyone who has made it so rich, challenging and rewarding.