Santa Cruz Warriors and Partners Team Up in River Restoration 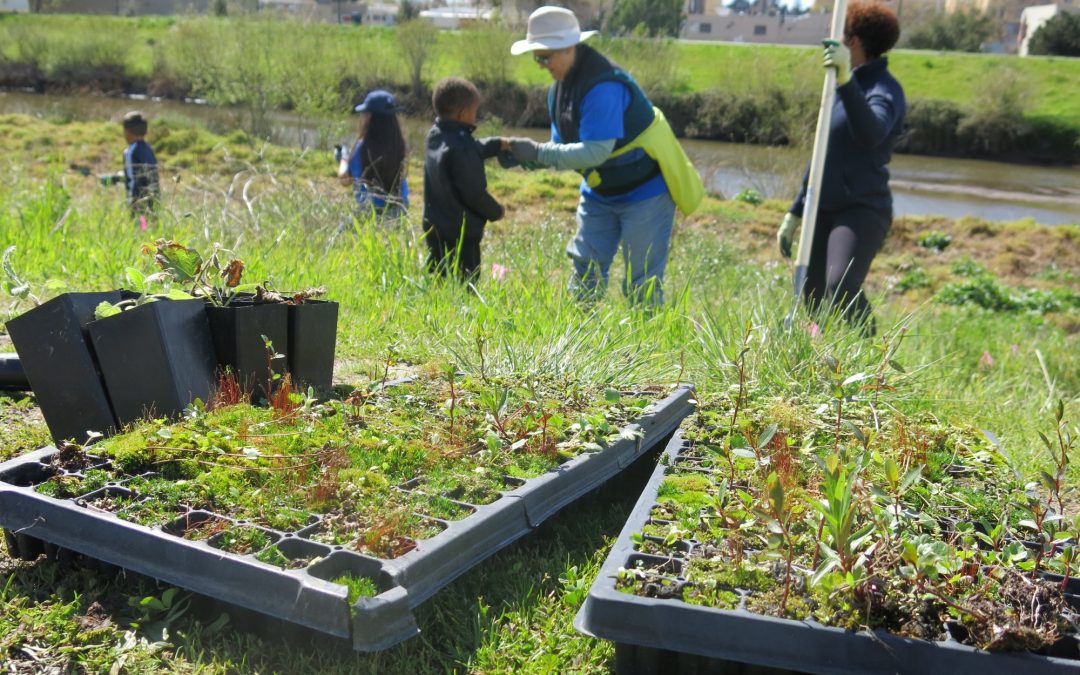 On Saturday, March 17, volunteers from the Santa Cruz Warriors and Big Brothers Big Sisters worked together to plant over 400 plants along the San Lorenzo River. The crew of 80 river stewards included staff, players, coaches, season ticket holders and Big Brother Big Sisters youth, “Bigs” and their families. The volunteers took advantage of the break from recent rains to install wild rose, hedge nettle, gumweed, mugwort, buttercup and willows in the damp soil near the river.

Led by staff and experienced River Health Day volunteers, the river stewards learned the basics of planting and the role of native plants in enhancing biodiversity. They learned about the value of each plant to pollinators, to bugs, birds, and fish; they observed components of a healthy river habitat.

Their efforts that day complemented the ongoing work of the Coastal Watershed Council (CWC) to revegetate the banks of the San Lorenzo River between Laurel Street and Soquel Avenue Bridges. With the help of the Santa Cruz Warriors and Big Brother Big Sisters, CWC’s restoration site now covers almost 0.8 acres of riverside habitat.
Thanks to the Santa Cruz Warriors and Big Brothers Big Sisters for their commitment to revitalize the San Lorenzo River ecosystem and make the Santa Cruz Riverwalk a thriving natural space for our community to enjoy. Thank you to Nordic Naturals for donating supplies and Central Coast Wilds for donating plants.
You can check out the progress of this growing restoration site by walking the Santa Cruz Riverwalk from Mimi de Marta Dog Park to the Soquel Avenue Bridge.
You Can Volunteer To Help Habitat Thrive. Sign up today!
Facebook Comments