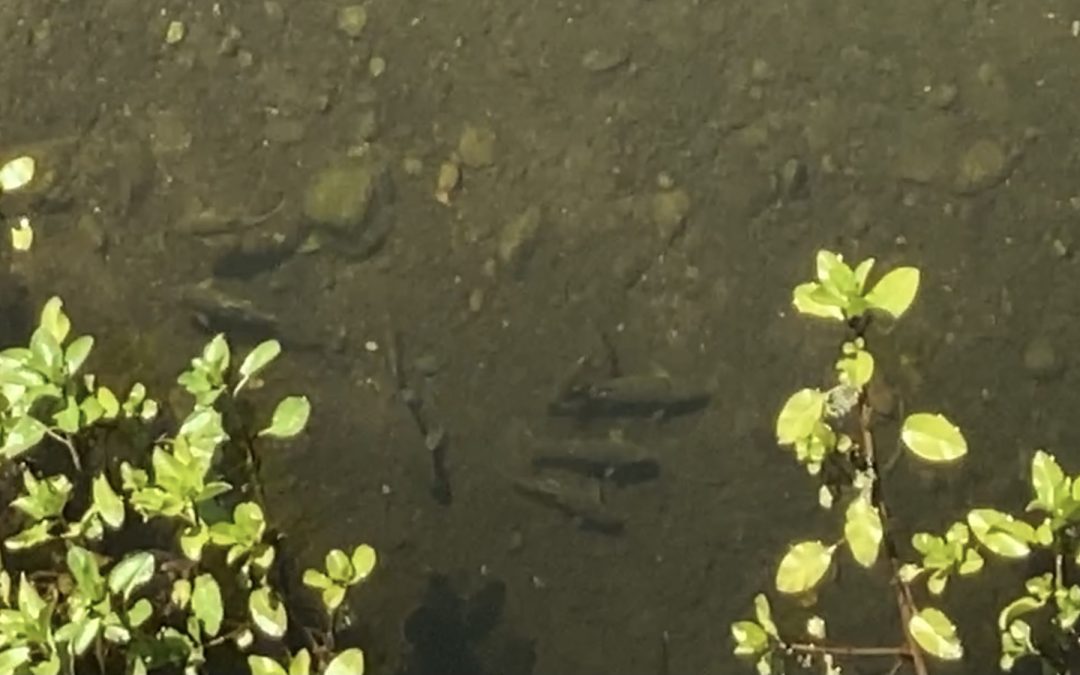 Throughout California and the West, dry conditions are affecting farmers’ crops, fueling wildfires, reducing electricity generation from hydroelectric dams, altering water deliveries and threatening the livelihood of Indigenous people and others who rely on flowing rivers for their survival.

CWC is also hearing our members share more concerns about how local fish are doing during this drought. Endangered and threatened species such as steelhead trout, Coho salmon, tidewater goby and other fish, along with birds and other wildlife, feel immediate and lasting impacts during these extended dry spells.

Often we find that people truly care about many of these creatures and they’re wondering what can be done. They wonder “Is there anything I can do?” One place to start is to learn more about these amazing fish and animals.

The County of Santa Cruz has a fascinating website focused on local steelhead trout (Oncorhynchus mykiss). The interactive site includes maps, data, cool videos and photos – and most importantly, some simple actions any one of us can take to protect these amazing fish.

The more researchers learn about anadromous fish, the more we recognize how truly fascinating, complicated and impressive these fish really are. (Not sure what anadromous means? You’ll learn that on the site, including what a redd is, the difference between a steelhead and a rainbow trout, and how many fish there were in Santa Cruz County streams since 2006).

Researchers have identified how each of us can help steelhead, which are listed as threatened under the Endangered Species Act:

You can learn more about steelhead monitoring and join others by taking immediate steps to help steelhead survive and thrive!