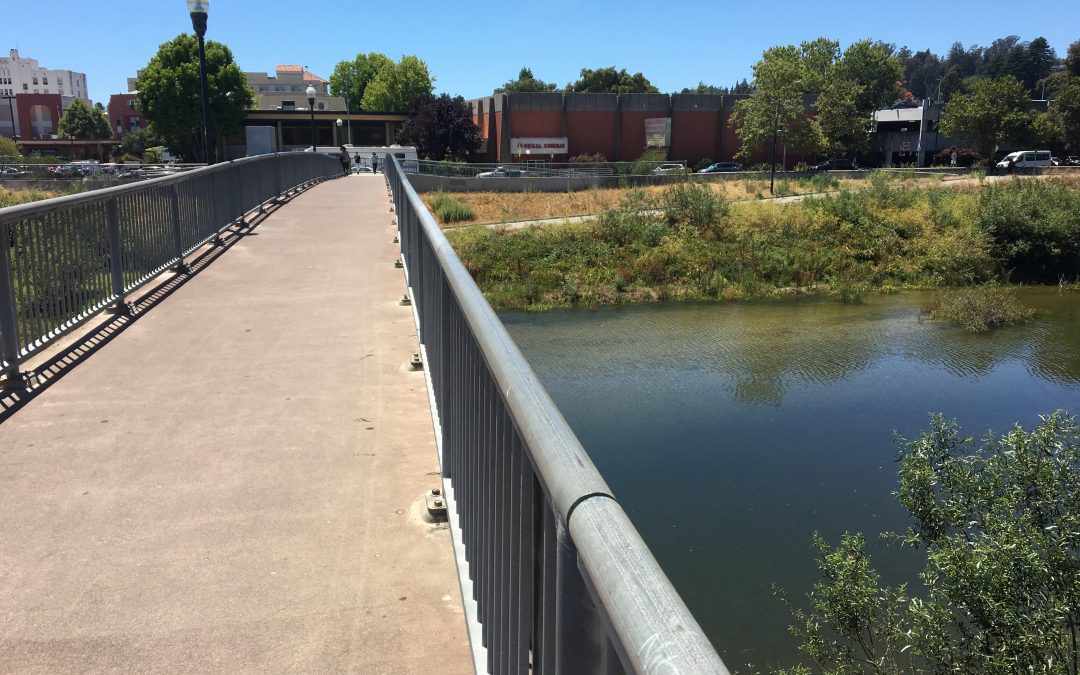 Santa Cruz’s Chinatown once stood along the lower San Lorenzo River, built on “China Lane” between the city’s downtown business district east of Front Street, where today stands Regal Riverfront Cinemas. As the Coastal Watershed Council looks to the river’s future, we also want to honor its rich cultural history. With support from members of the Chinese-American community, CWC is proud to propose the naming of the pedestrian bridge at this location as the “Chinatown Bridge.”

At least four Chinese immigrant communities were established in the 1800s and 1900s in Santa Cruz. The communities relied upon the river for fish, for waterfowl and for gardening in rich, fertile soil. Children played in the water and explored the riverbank. But its location meant that it was at the mercy of the river’s rising waters, and major floods impacted the community. The community was also at the mercy of Anti-Chinese laws and public sentiments. Chinese immigrants could not buy property. They could not become citizens. They were driven from their communities by vigilante violence. “The Chinese in Santa Cruz worked and lived as if balanced on a tightrope, always vulnerable to the social and political winds that swept through the community,” historian Sandy Lydon wrote in his book “Chinese Gold: The Chinese in the Monterey Bay Region.” By the time the 1955 flood struck, there were only a handful of residents still living there. Among them was Gue Shee Lee, the grandmother of George Ow, Jr. 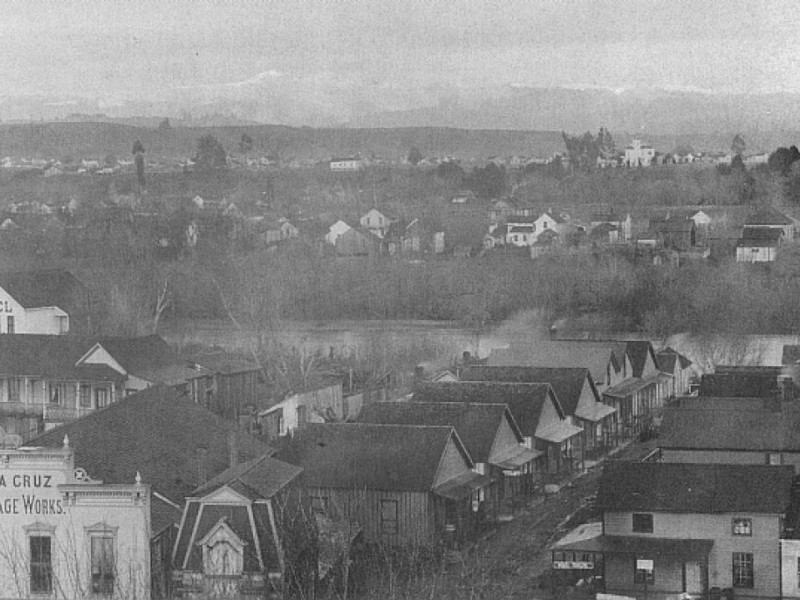 Last month, George Ow, Jr., and the Coastal Watershed Council asked the Santa Cruz City Council to name the pedestrian bridge the “Chinatown Bridge” to honor the cultural history of the Chinese-American communities in Santa Cruz. “I think that the thought that there would be a Chinatown Bridge is a very very positive thing and it makes me feel that there’s acceptance and there’s a pride that there were Chinese living here,” said George Ow, Jr., in an interview with the Santa Cruz Sentinel. “This recognition, it’s like burning incense. It’s kind of like a payback to the bad times. Now, it’s a good time, and maybe there’s going to be a bridge named after you and that’s such a positive thing in my eyes.”

The Santa Cruz City Council has directed the city Parks and Recreation Commission to consider this request for the bridge’s naming and placing of public art or educational markers along the pedestrian bridge at its next meeting this fall.