Growing along the River: Yarrow 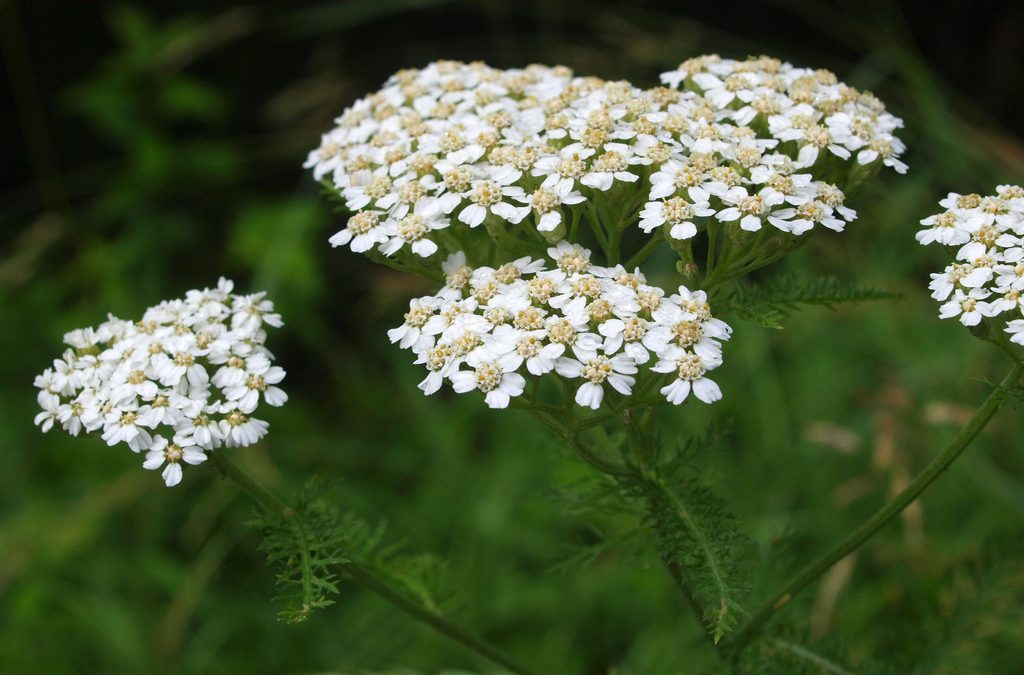 This winter, the Coastal Watershed Council will lead volunteers in planting almost 2,000 plants on the banks of the San Lorenzo River during River Health Day habitat restoration events. Yarrow is one beneficial plant that you might spot growing along the river.

What’s in a name?

Common Yarrow, or Achillea millefolium, is native plant of Northern America and grows in many places around the world. Yarrow is from the Achillea family, which in Latin refers to Achilles, a Greek hero who used plant extracts to treat soldiers’ wounds during the Trojan War. “Millefolium” meaning “a thousand leaves”, refers to the plant’s structure: growing alternating leaves, 3-5 inches long, with many small leaves that are further divided into smaller leaves, giving them a fern-like appearance. In Spanish, it is called plumajillo, or “little feather,” also in reference to the shape of the leaves. Yarrow is also called gordaldo, nosebleed plant, old man’s pepper, devil’s nettle, sanguinary, milfoil, soldier’s woundwort and thousand-leaf.

Yarrow has numerous medicinal and cultural applications throughout history. Yarrow was used in battle to stop the flow of blood from wounds. The crushed plant was applied to wounds and burns. The dried leaves were used as a tea to soothe colds, fever, and headache. Yarrow can be used as a mosquito repellent. Yarrow was even brewed into beer in the Middle Ages.  In China, yarrow stalks were used for ritual ceremonies to awaken spirits. One of the earliest indications of use, yarrow was found among other medicinal herbs in a Neanderthal burial site in Iraq, which dates from around 60,000 BC.

Yarrow provides a number of benefits to the ecosystems that it grows in. Yarrow is a companion plant, which means that it benefits the plants that grow around it by repelling pest insects while attracting good ones. For example, yarrow nectar attracts predatory wasps, that then use insect pests as food for their larvae. Flowering May through June, the plant attracts butterflies that frequent Santa Cruz such as the Lorquin Admiral and West Coast Lady. Yarrow can also remediate soil conditions by adding calcium, silica, and phosphorus to the soil. Finally, yarrow grows deep, fibrous roots that are drought-resistant and can also prevent soil erosion.

What can you do?