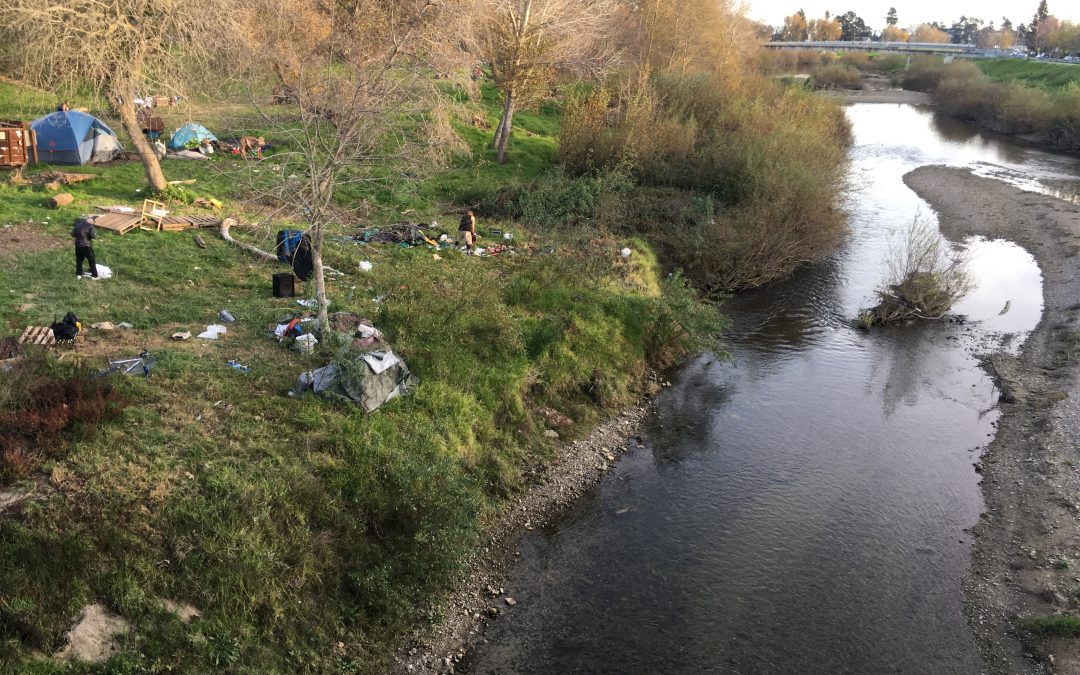 Over one hundred people asked local leaders to publicly communicate their plan for their encampment located at the benchlands of San Lorenzo Park along the lower San Lorenzo River. You asked them to share who is in charge, what the next steps were and when those changes would take place.

At Tuesday’s City Council meeting, City of Santa Cruz councilmembers voted to close the Benchlands encampment in San Lorenzo Park and support a three-phase plan to achieve a permanent homeless Navigation Center, including the immediate implementation of Phase 1 – the River Street Camp. The River Street Camp, a vacant, city-owned, gravel lot located at 1220 River Street, will be managed by a dedicated operator.

With input from local partners and guided by successful examples elsewhere, City staff have developed a preliminary operations and site plan to minimize impacts of the River Street Camp and maximize potential for a successful program. You can read more about the key elements of the plan in the City Manager’s report to Council.

Long term, the Coastal Watershed Council hopes everyone can be housed and healthy. We regularly look to support our partners who are experts engaged in that work every day. We also recognize the challenges the City faces, with no funding or expertise to truly address homelessness, as it is the County who mostly has those resources. And yet the City’s decisions impact the community – individuals who are housed and those who are not – and they impact open spaces, parks and the river. Concentrating campers along the river, or in any City park, puts people at risk for a variety of reasons, as City parks are not set up to support people in need. The details of how the new campsite will be managed matter a great deal, as that site is also next to the river, adjacent to a drinking water intake. We look forward to the City’s careful implementation of their plan for helping people while also considering potential river impacts.

We acknowledge and thank local leaders for listening to your voices and for announcing this plan. And we acknowledge you! You engaged in thoughtful, compassionate dialogue, recognizing that the solutions to homelessness require all of us to carefully consider how we can support one another’s efforts to help people. Thank you for advocating for policies that benefit both people and the environment.