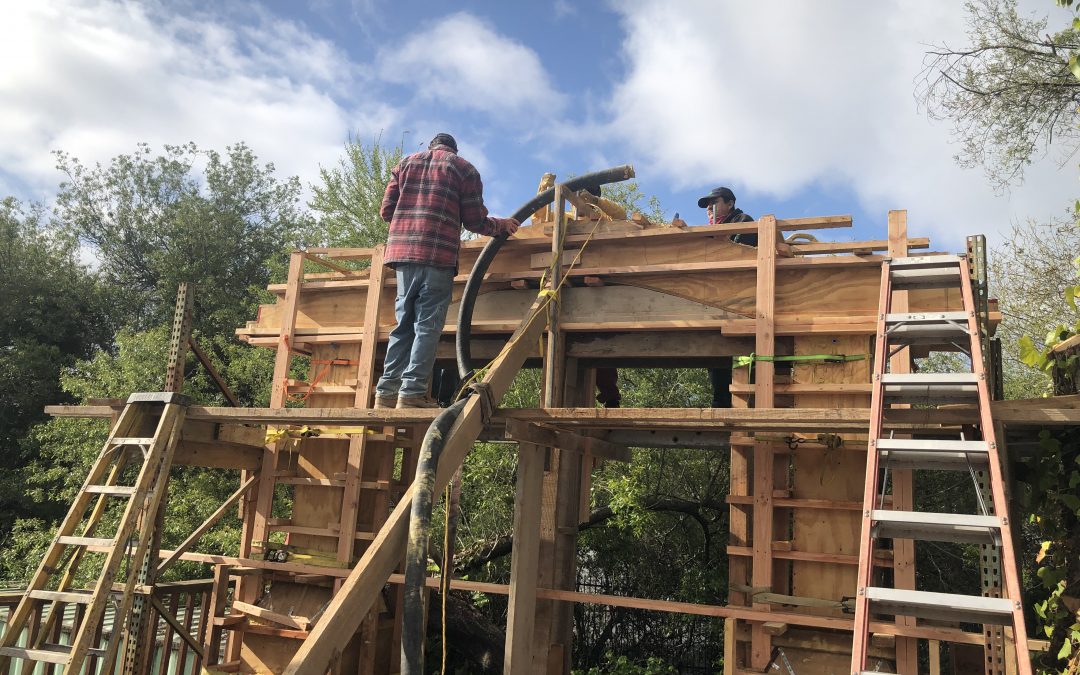 Not all experiences should be remembered. If we recall our struggles too crisply, the burden may be heavy. On the other hand, forgotten memories cost us the warmth and appreciation from special moments in our lives. Ideally, we have full recall of the highlights and are also able to view past struggles in a way that encourages our appreciation of the challenges that led to our growth and learning.

Our collective community memories operate similarly to our individual ones, in that we join to commemorate certain key moments and tend to forget others. Many Santa Cruzans have forgotten or never learned a significant chapter in our community’s history. As a transplant to Santa Cruz, discovering the past of Chinatown in Santa Cruz enriched my understanding of our community overall and helped me appreciate the role that Chinese-Americans played in Santa Cruz’s history.

Yes, there were multiple Chinatowns in Santa Cruz over the years. The most recent was where the Galleria now stands, right by the San Lorenzo River. Like a number of areas, it was destroyed by floodwaters in the Christmas flood of 1955. A nearly-hidden plaque in the Galleria pays homage to Santa Cruz’s last Chinatown, but I find that few of us are aware of local Chinese-American history. 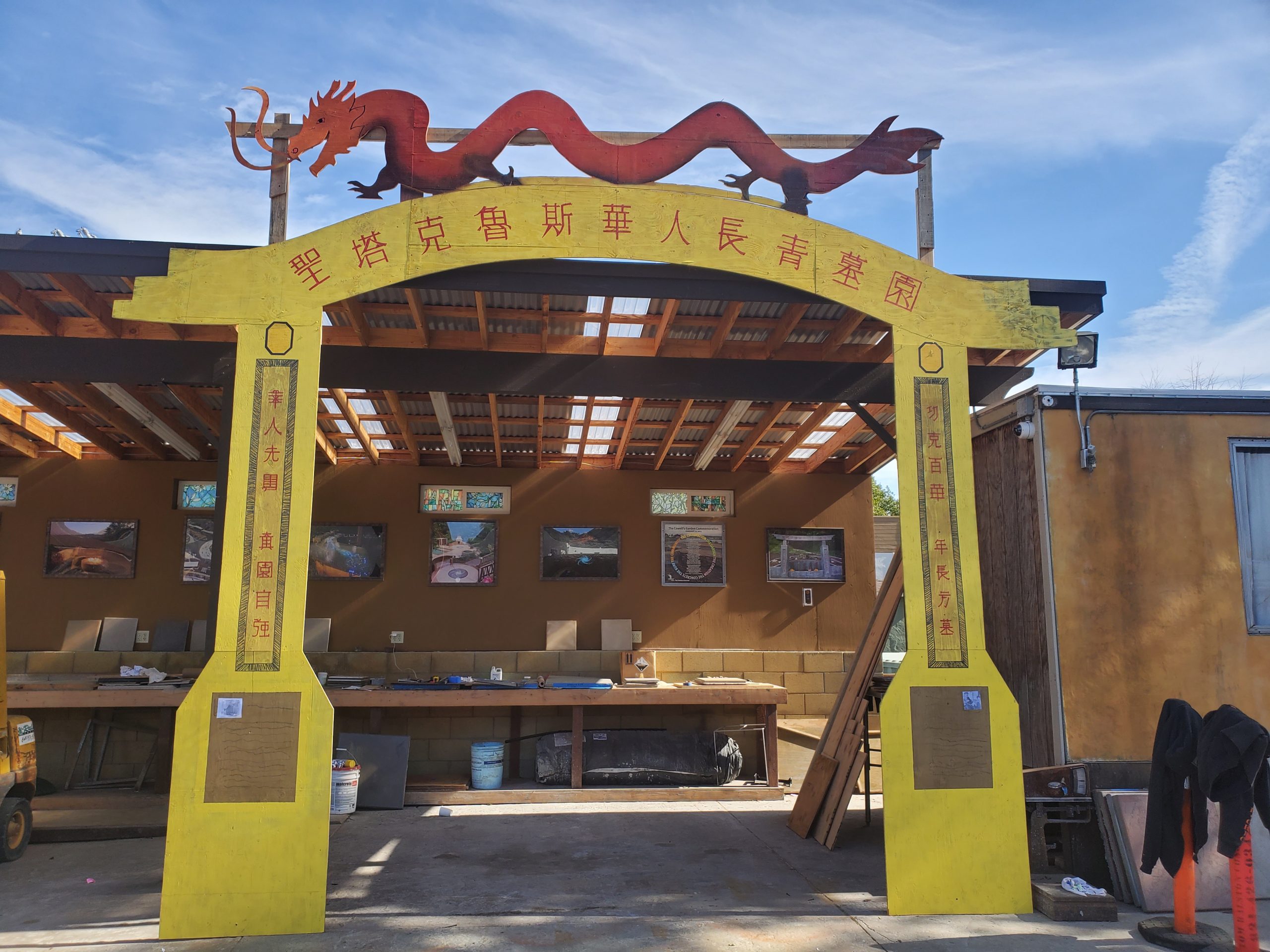 The pedestrian bridge over the San Lorenzo River that connects the Galleria and Trader Joe’s to San Lorenzo Park was officially named the Chinatown Bridge by Santa Cruz City Council in 2019 and a public art piece is in the works that will celebrate the area’s historical significance. The Chinatown Bridge will be enhanced with an attractive reminder of those who lived in Chinatown and the ways they contributed to and shaped this town, our region, and even California. They faced fierce discrimination, including an active anti-Chinese movement, yet endured harsh treatment and made positive contributions to Santa Cruz.

Along with informing local residents and visitors about Chinatown history, the project will beautify the Santa Cruz Riverwalk — the City park that surrounds the lower San Lorenzo River, and connect us with this historic river that was the reason Santa Cruz initially formed as a community beginning in the 1780’s.

Two local artists have conceived a monument that includes a modified traditional arch with a mosaic water dragon at the apex. Tom Ralston of Tom Ralston Concrete is building the gate and artist-art teacher Kathleen Crocetti is the lead designer and creator for the water dragon, which is associated with rivers and holds significance in Chinese culture.

Both artists are well represented by their work throughout the community and, fortunately, each artist had most of the materials needed for this project when the COVID-19 shelter order began. So their work continues, even during this emergency. It has been a delight to observe the processes of each artists as they craft their contribution to this public gift.

Photos and a video here show Tom and Kathleen’s amazing progress to date, which puts the project on track for a September completion. The video is one Kathleen produced as part of her series of weekly updates to her art students at Mission Hill Middle School. 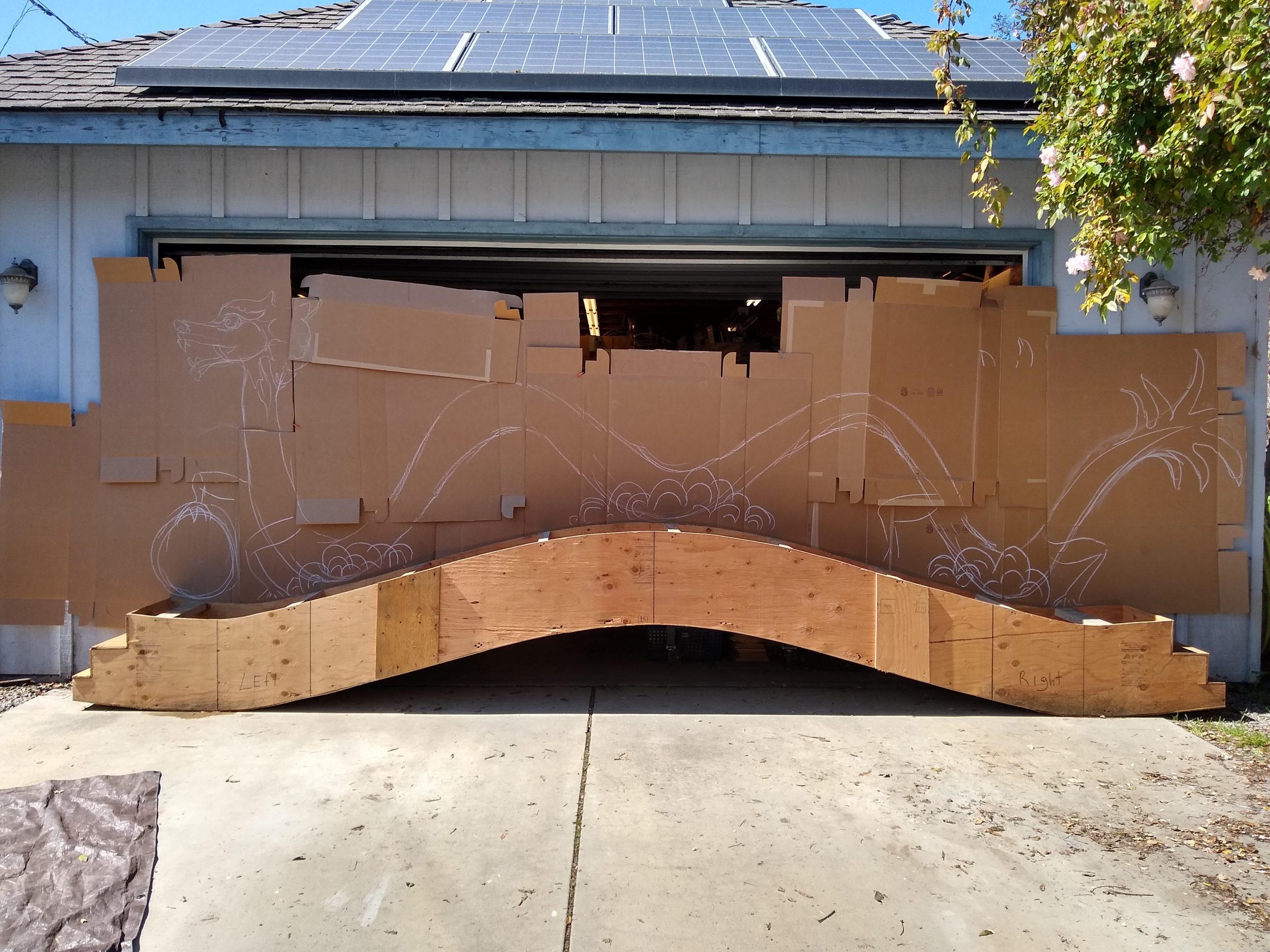 The Coastal Watershed Council is the project lead on the effort, as it aligns with CWC’s work to realize the community vision of a San Lorenzo River that is a cultural and natural asset that draws and inspires Santa Cruz locals. The work is partially funded by Arts Council Santa Cruz County and the City of Santa Cruz Arts Program, with the majority of funding coming from Ow Family Properties.

For more information about the Chinatown Bridge, contact CWC Executive Director Greg Pepping: (831) 226-0304 or gpepping@coastal-watershed.org. Prior media coverage and background about this work include CWC’s blog post and GoodTimes and Santa Cruz Sentinel articles here and here.

Here’s to celebrating our community, the river and those who shaped Santa Cruz – and here’s to investing in our collective memories during a challenging present-day chapter.