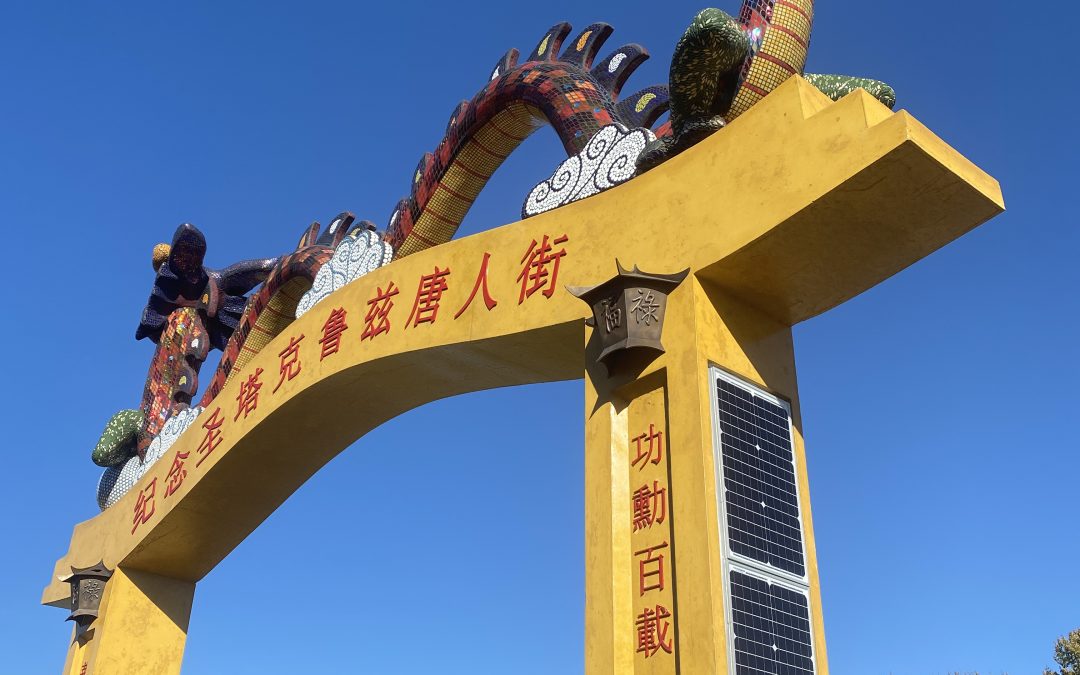 Santa Cruzans love our local history. Now there’s a beautiful art piece connecting us to our past, right by the river. The Santa Cruz City Council formally named the pedestrian bridge from San Lorenzo Park to the Galleria and Trader Joe’s as Santa Cruz’s “Chinatown Bridge” in 2019 and now a non-traditional Chinese style gate and twenty-three foot water dragon, covered in colorful mosaic tile, adorn this bridge spanning the San Lorenzo River.

CWC led the effort because the artwork will beautify the Santa Cruz Riverwalk, the longest city park in Santa Cruz and because relearning or remembering river history is important. There’s an important chapter in the river’s story that’s been forgotten, that of Chinese immigrants living in Santa Cruz who faced severe discrimination, both informally and in the form of racist legislation such as the Chinese Exclusion Act. And yet, they significantly shaped this city, our region and the state of California. This bridge, this art, honors them, remembers them and recognizes their contributions.

George Ow, Jr., with Ow Family Properties, was the main funder of the work and Ow shaped all aspects of the work. Ow grew up in Chinatown, staying with his grandmother, who lived there. Tom Ralston of Tom Ralston Concrete designed and crafted the stunning yellow gate, atop which sits the water dragon, designed, built and decorated by community artist and art educator Kathleen Crocetti, aka “dragon maker.”

Ralston also led a number of other artists contributing dazzling touches, such as bronze lettering of Chinese characters with red powder coating and bronze lanterns, all by Sean Monaghan’s Bronze Works Fine Arts Foundry. The lanterns are powered by solar panels and infrastructure created by Tony Armor of DayOne Solar. Local authors and historians Sandy Lydon and Geoffrey Dunn worked with Ow and all artists consulted with numerous references, to ensure historic accuracy and cultural appropriateness of the project. Financial supporters, in addition to the Ow family, include the City of Santa Cruz Arts Program and Arts Council Santa Cruz County.

The dragon was installed atop Ralston’s gate in early November, having been transported from Crocetti’s Watsonville studio where it was created. The project continues to evolve, with the most recent touch being bronze plaques, also by Monaghan, placed on the gate’s vertical columns, honoring contributing partners. Landscaping is also in the works, which honors the plant species native to the river and plants important in Chinese culture. A commemorating event is still being planned, with the format and timing being informed by than COVID-19 pandemic.