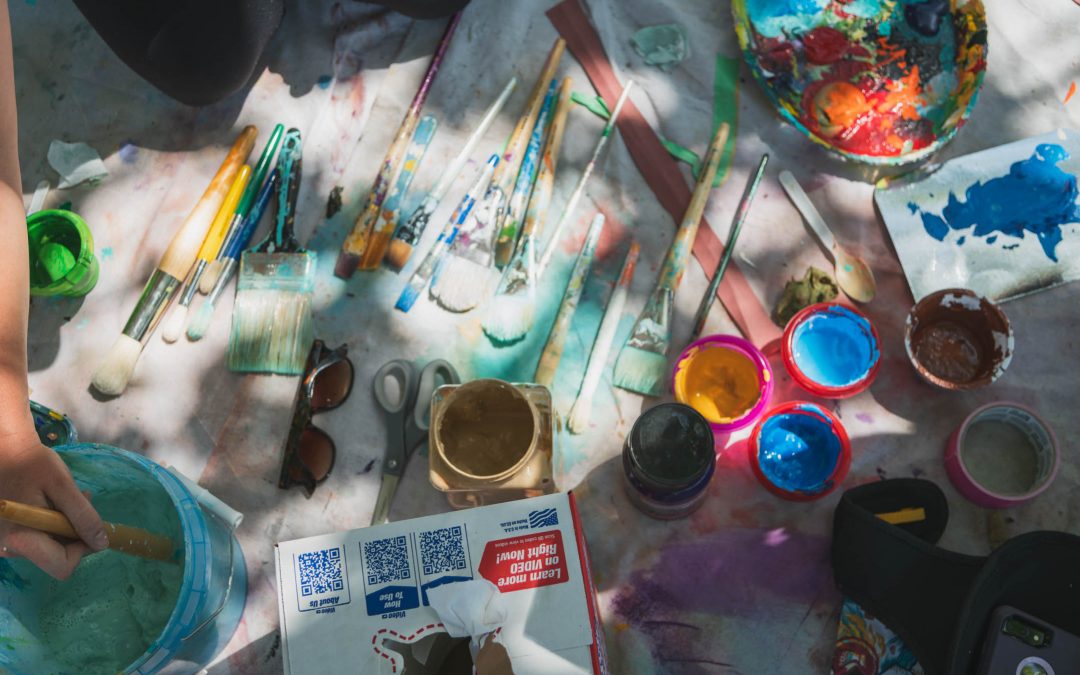 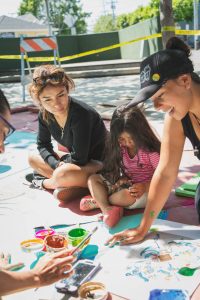 This summer, the Coastal Watershed Council continues its collaboration with Beach Flats families by creating a new storm drain mural in Poet’s Park. CWC has collaborated with Beach Flats residents since 2013, has engaged youth in after-school, spring break and summer camp programs, has listened to and learned from families during neighborhood workshops and has co-created projects that benefit both the community’s top priorities and the San Lorenzo River. The design and installation will be led by artist Irene Juarez O’Connell, who will take residents’ input and feedback to design a mural that reflects neighborhood identity and culture, while communicating how pollution entering storm drains directly impacts the environment.

After the installation of a first storm drain mural in nearby Beach Flats Park, appreciative residents began asking how Poet’s Park might receive a mural too. With project approval from the City of Santa Cruz, this project launches on July 10 with a neighborhood block party where residents can share their ideas for this newest mural. Residents will also learn more about their connection to the San Lorenzo River, actions we can all take to benefit water quality and meet with an artist to shape this new public art to ensure that it is both relevant to the neighborhood and shares a message of environmental protection with the community. 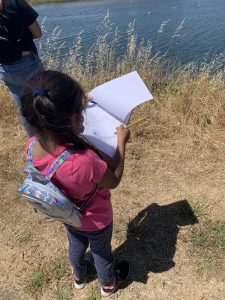 One summer camper draws her ideas for a San Lorenzo River themed mural!

Youth participating in the Nueva Vista Community Resources’ Summer Fun program with CWC have explored other nearby neighborhood murals and their meanings, have discovered how stormwater moves from their neighborhood streets to the San Lorenzo River and have created some of their own designs for the new storm drain mural. Their ideas, plus the ideas shared on July 10, will be incorporated into the mural design, which is slated to be installed at the end of August. Like past storm drain murals in Beach Flats and other river neighborhoods, the community-created mural will be painted on pavement surrounding a storm drain.

This new storm drain mural builds off of the successes and lessons learned of the 2019 pilot San Lorenzo River Storm Drain Mural project. In 2019, CWC worked with 112 youth and adults, three visual artists and the City of Santa Cruz Economic Development, Parks and Recreation, and Public Works Departments. CWC led this collaborative effort to design and implement the Santa Cruz’s first-ever storm drain murals, including one in nearby Beach Flats Park. This education around how we all play a role in protecting river water quality is an extension of CWC’s active water quality efforts since our founding in 1995.

Stay tuned to follow the progress of this exciting project!