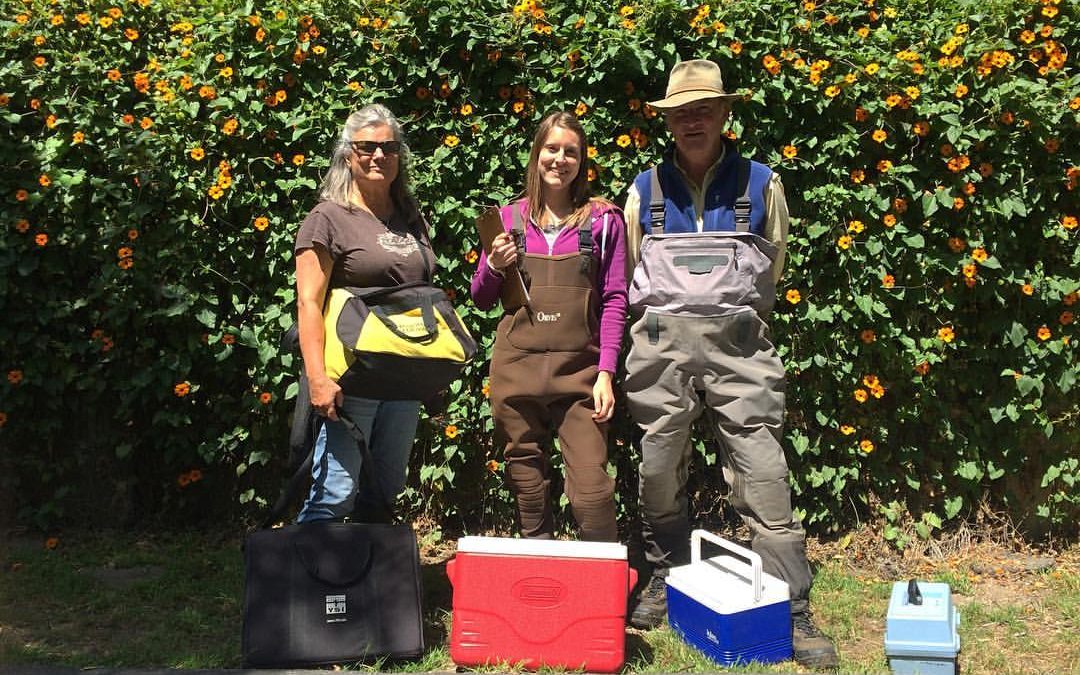 The San Lorenzo River is cleaner than you might think. Still, there are a number of challenges to a healthy San Lorenzo River, including pollution from bacteria, sediment and nutrients. A unique partnership, consisting of water quality experts and stormwater specialists from Santa Cruz Water and Public Works Departments, Santa Cruz County Public Works and Environmental Health Services, Surfrider Foundation, Central Coast Regional Water Quality Control Board and the Coastal Watershed Council have been collaborating to address water quality concerns in the San Lorenzo River, focusing on bacteria.

How much bacteria is in the water and where is it coming from?

Most water quality samples collected and analyzed in 2014 and 2016 indicate that bacteria affecting the lower San Lorenzo River is coming predominantly from avian (bird) contributions. Monitoring in 2016 revealed a slight increase in bacteria from humans coming from lower San Lorenzo River tributaries particularly near the confluence of Branciforte and Carbonera Creeks in the City of Santa Cruz. The measured concentrations from humans were well below levels estimated to be associated with significant levels of human risk of illness.

Is bacteria pollution affected by drought?

The two years of bacteria studies in 2014 and again in 2016 occurred following two very different winters. The rainfall in the winter before the 2016 study was nearly 70% higher than the rainfall in the winter before the 2014 study that was conducted amidst a statewide drought. This difference in rainfall allows this study to answer the question: How do levels of human bacterial contamination in drought conditions (2014) compare to levels in a near normal precipitation year (2016) in the surface waters of the lower San Lorenzo River watershed? The answer? It varies. While it’s perhaps not the most satisfying answer, bacteria levels across the various tests varied greatly from 2014 to 2016, sometimes increasing and sometimes decreasing.

What can I do to help?

You can stop harmful bacteria from entering the San Lorenzo River with these three easy steps:

Click here to learn more about how these three actions make the biggest difference in reducing bacteria to the San Lorenzo River.

Dive into the details!

Learn more about the comparisons between 2014 and 2016 data as well as how this was measured. Read the full report today.

Send them our way. Let us know the best way to reach you so that we can help you understand what’s happening with your river.